We are utterly shocked that Desiree was dismissed presumably due to a family challenge, considering her brother’s attitude was intense. But nevertheless, Sean is a sensitive soul and comes across quite well versed in his needs. A serious love must have the capacity to endure significant challenges and the fact that Sean bailed despite her plea to understand the situation illustrates how vital a non-confrontational family is to Sean’s needs. Clearly he could have fallen in love with Desiree. That is evident to us all. But he chose not to take on that project/distraction. One thing about masculine men is that they are decisive. I’m sure he’ll reflect on what could have been with Desiree but the heart is the heart. Sean doesn’t need to explain himself. Something was off despite our outside observer view that they could have lived happily ever after. Keep in mind that men also don’t tell all when they wish to check out of a relationship because men hate to hurt women, especially for reasons that make them look superficial.

There’s a few key questions that arise out of this decision for us to integrate into our love lives…
Q) Why do our emotions often conflict with normal logic?
A) Nobody understands our emotions better than us. Some may question if Sean is ready for a deeper love like the one we saw with Desiree developing, yet clearly he has that with the other two women so we’d beg to differ. All it takes is a little voice inside our heart to tell us to run. That voice isn’t loud. It doesn’t talk back often. It could be part intuition, part life experience, part fear, and part divine influence. Either way, logic doesn’t reside in the part of the brain that makes decisions as proven by neuroscience. Love is a unique bizarre force that inspires us to live romantically and beyond. It doesn’t make sense for us to spend all day doing something for someone but we do it because we feel the need to connect however we feel best!

Q) Is it possible to really predict what our friends need in a lover?
A) How many friends of yours are mismatched in your opinion? I would imagine more than half! What’s clear about love is nothing from an outside perspective. How many times have you tried to talk your friend out of a potentially less savory relationship to no avail? We know what WE need when we’re in love, but explaining it or advising others is almost futile, roughly 90% of the time. We think we know when others are in it but do we really? We only see how people act and spend time in front of us. Since everyone has different emotional needs and capacities and whispers, some highly private and complex and unusual, it’s safe to say that we rarely see or understand the true loving side of another person. Therefore if ever asked for advice, just allow your friend to talk and sort it out by asking provocative heartfelt questions that they might not be asking themselves. Don’t think you know better!

Q) When should women trust a man, better yet a good man?
A) The answer is a paradox moment to moment. The more a woman trusts, the more men slack. The more a woman questions, the more a man feels he needs to earn a woman’s heart which gives him a sense of purpose but possibly tiring him out. The balancing act of trust, disclosure, intuition, and surrender is different per person. We each must choose when to prioritize what. Sometimes the truth may hurt too much to disclose. Sometimes the truth will set you free. Sometimes our safety rules all and forces us to do things we wish we didn’t, whether its withdrawing or over-sharing. By not asking the question “Do I trust him or her?”, you are in the NOW of relationship and connected to a higher power being loved through you. If you have to ask this question, something islikely wrong. Fear is always on the radar but when you’re in your head with fear too often, that’s when the end is inevitable.

So back to Sean…

Here’s where we think his heart may be at now and who he might take home in the end:

Catherine
* They play like they are boyfriend and girlfriend as he says; the question is whether or not Catherine is ready for marriage.
* Catherine’s family doesn’t appear to 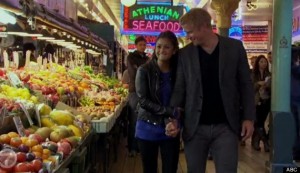 be as strong of a fit as Sean’s vision for an ideal family.
* It appears that she doesn’t meet his needs for a serious emotional partner.
* It didn’t help at all that her friends described her as bouncing from relationship to relationship.
* By Sean asking her, “Honestly, do you think she’s ready to settle down?” leads us to believe that he was leading the witness i.e. he is far too skeptical that she isn’t ready for a family at this time.
* By his family not giving him the blessing for marriage nor seeing her ready for kids soon, that adds more doubt.
* The fact that he was debating between her and Desiree indicates the decision has been made. 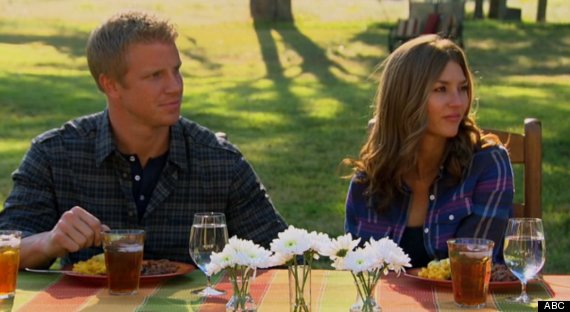 AshLee
* Sean said that it took him by surprise that she said “I Love You” last week- this could be a tell that he feels too much pressure and responsibility for her feelings considering her upbringing….it’s unusual for someone to say that if two people are both feeling it!
* She’s putting him up on a pedestal too often with her words as if he’s a prize- which can be dangerous for good men.
* While sharing some deep points about his feelings for her, Sean’s looking down on and not at Ashlee in the eyes. His face twitches too at one point while giving her a compliment which signifies he might not be telling the truth.
* Telling him he’s soooo handsome that she “loves looking at him” is a bit much and can scare men away.
* She’s a bit dramatic about her feelings at times, but Sean likes that style (remember Tierra) so that suits his emotional needs well.
* Sean looks away when asked, “Will you break her heart?”…hmmmm
* The fact that AshLee’s dad is super sensitive and has a position in the church couldn’t be any more perfect for his vision for a family, plus they live in Texas!

Lindsay
* The fact that Sean shares how nervous he is on camera shows how much he trusts her, especially since he’s a powerful man.
* Forcing Sean to do some push-ups shows she can be playful again and again.

* When they sit down in front of her parents, they can’t keep their hands off each other; that sort of public affection is the most we’ve seen so far.
* He brings up that Lindsay is only 24 but the way he asks it, you can tell he’s almost rooting for her to be ready.
* The chemistry between her mom and him was the best by far!
* Her father and him get along well, which is better than Sean had anticipated and gives him a deep sense of relief.
* Sharing how much he enjoyed her family before he left came across ultra genuine.
* Her father giving him dog tags was a nice touch too!

Desiree
* The prank was awesome and clever just like Sean did to Emily last season!
* Everything was overshadowed by the way her brother welcomed Sean during dinner.
* Her brother expressed his opinion in a dramatic fashion and seemed way too harsh based on a small amount of interaction between them two. 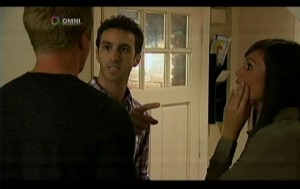 * The fact that Desiree and Sean didn’t really talk about his painful experience confronting her brother made things worse for him to feel into without her there.
* Why Desiree didn’t prep Sean for the drama that could unfold with her brother could have been another reason for him not to fully trust her emotionally.
* She gave it a great heartfelt last try to tell him that she loved him- she gave it her all undoubtedly, except comforting him more during their hometown date disaster dinner.
* Even if she had said “I love you” “I love you” “I love you”, it probably wouldn’t have done anything based on how he is too mature for that in his ideal family, given alternatives.

Do you think Sean mistakenly let Desiree go? And who do you think he will end up with now?  Leave us your comments here!