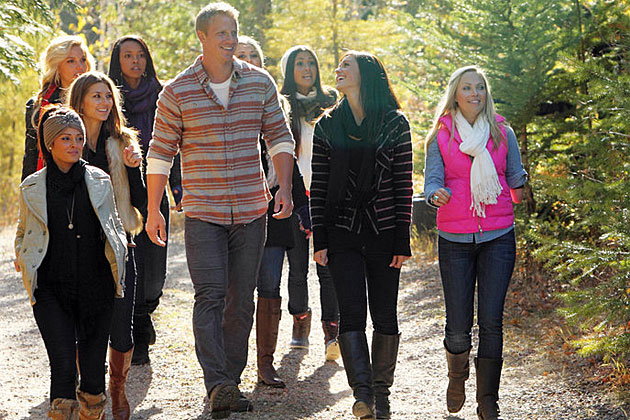 Week 5 on The Bachelor marks small awakening in the sense that we’re starting to put aside our thoughts about who we think should win and really gaining perspective on how Sean, the male in question, perceives the women that he’s dating.  First of all, we were shocked the first week by Lindsay, the ‘hot mess’ who showed up in a wedding dress and got just a little bit too tipsy.  We thought “She’s doesn’t stand a chance! Sean, send her home now!”  We still can’t understand why he didn’t send her home that very night, but it just goes to show that Sean is a lot more open minded and less shallow than we often assume guys that go on a dating reality show would be.
Now the fact that Sean hasn’t dropped Tierra yet is also an awakening for us!  This is precisely an opportunity for us to learn a lot about men and their edge.  Men crave the dark side as much as the light side, but in various intensities.  Do recall that in past seasons Jake chose Vienna and Ben chose Courtney, just to illustrate this point.  Good girls like danger boys and vice versa.  That said, as much as we want her out of the house like the other women on the show, we will move up Tierra up into the top 3.  After all, Sean hasn’t seen through her games which makes us wonder: is he being forgiving towards her as he was to Lindsay or does it just appear that different to him than it appears to us when watching on National TV?!
So here are our new front runners for Sean’s love this week:

What else made us come to this conclusion?  Here our are shorthand notes from week 5…
Tierra
* By creeping up on Sean and manipulating him in a strange context to complain about the fact that she’s going on a 2-on-1 date 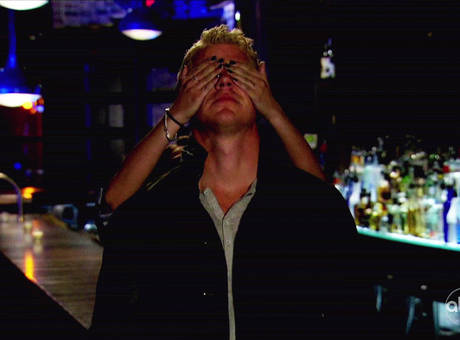 she illustrates her high degree of insecurity when she’s not in control.
* On her 2-on-1 date she shared a huge part of why she is so clingy and emotionally intense – part of it has to do with losing her last lover of 5 years, who battled in rehab.
* For her having previously dated an addict, that means she’s looking for a lot of drama in her next relationship…
* During the polar bear plunge date, once again she found herself in distress to the extreme.
* Sean feels responsible for her discomfort since the date was his idea, thus he bonds with her once again as he attends to her needs.
* The fact that she doesn’t complain and sees it as silly afterwards earns her clever style points for shaking it off.
* The fact that he asked her about her expectations of a proposal illustrated that he’s taking her super serously; her reply also put him at ease since she had no expectation and reassured him that what they had was all that mattered.
* How much drama will come next week?!  He and we both wonder…
Jackie
* By focusing her attention on trashing Tierra, at some point that is sure to backfire because people must learn on their own; it also takes away from the romance of the moment.
* She seemed really serious and intense about “seeing what you see is what you get.”
* Never took a big enough risk to truly be at his level of loving.
Lindsay
* She went on a 1-on-1 date with Sean.

* Lindsay opened up about her family and her father being away the majority of the time.
* By being vulnerable and truthful about why she’s ready for a family, that puts Sean in a serious dilemma.  Does he trust her to be in this for him or just for the security she never had?
* Despite being our non-official ‘hot mess’ on the first night by showing up in a wedding dress and getting a little too tipsy, it’s clear that Sean is giving her a second chance by showing more interest.
Robyn
* She seems grumpy and didn’t make a concerted effort to connect.
* By focusing her attention on Tierra, she lost sight of the reason she’s there, thus foregoing her chances with Sean by not receiving a rose… 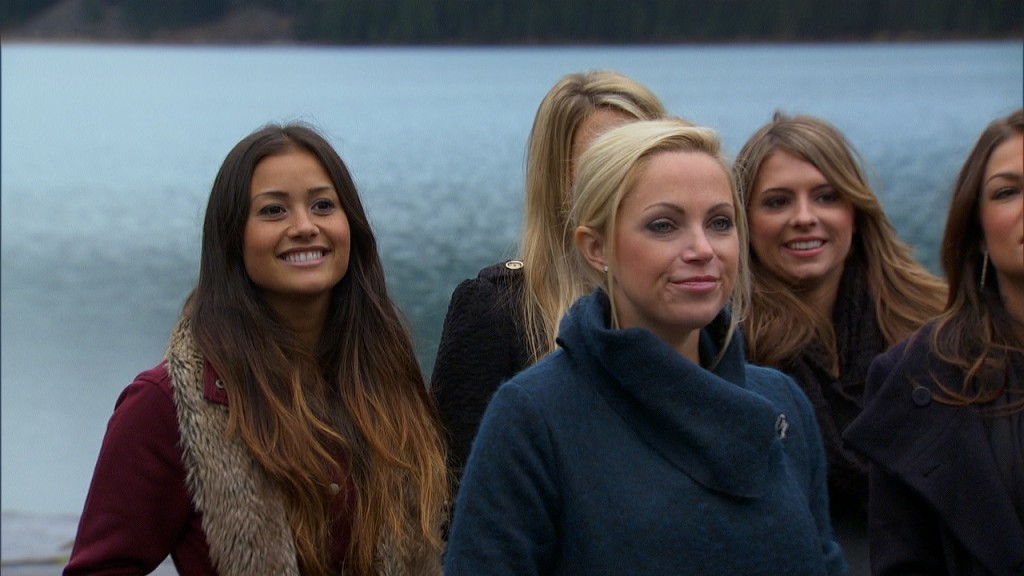 Catherine
* Her date being a blizzard adventure made it far less romantic initially, but cuddling up next to a warm fire turned things hot.
* Her attitude is one of the best of the group: endearing, enthusiastic, and grateful.
* Her constant smiling invites in his masculine ways.
* By kissing him right back on the lips after he kissed her on the face tells him she’s all his!
* She seemed very at ease with herself and with him.
* It was great to share about her early childhood and the passing of a friend due to an accident.
* How awesome of her to show depth and an emotional side to counter-balance her everyday silliness!
* She lacks a darker, edgier side on camera, but perhaps that comes out later on…
* The reason I feel he’s less likely to pick her is due to her being a bit less sexy and more sister-ish in some ways.  Plus her eating habits – being vegan – might scare him away.
* She comes across as ready for a deeper more playful love which may take her far since her femininity brims of radiance.
Lesley
* She shares the fact that Tierra is cold but doesn’t go 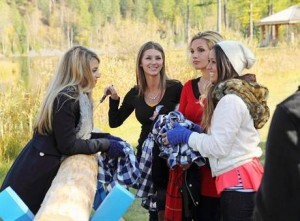 overboard, despite Sean’s digging. She handled the questioning well by not losing her cool.
* Lesley was keen to get his attention by canoeing with him.
* Her turning around was spontaneous and clever.
* She ran into the water holding his hand, putting herself out there even more.
* She had a great attitude after the plunge!
Selma
* She chickened out of the polar bear plunge.
* Selma then fell into the princess archetype, which isn’t compatible with his more rugged lifestyle.
* Selma also falls into the boring girl category…
Sarah
* Sarah had a great attitude throughout this journey, but something is still holding her back from letting loose into something magnetic. 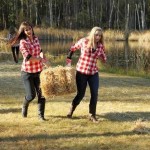 * Showing family photos was too much too fast considering that he still hadn’t experienced any passion with her.
* The kiss they exchanged came across as ordinary.
* Dismissing her now, before meeting her family, was the easy way out and regardless of whether or not he met her family, the excitement he experiences with other women far surpasses his time with her.
* The fact that she doesn’t break down in front of him is part of what’s holding her back from being fully available for a higher level of love.
* It was a classy move for him to let her go without enduring the rose ceremony.
* Odds are Sean didn’t fully apply himself to loving Sarah because she’s far less playful and flirtatious.
Daniella
* By tearing up she demonstrated how her heart is in this, which ultimately earned her a rose!
* She took no risks on the polar plunge date to connect with him; she might be too shy for his long-term liking.
* No rose due to his desire not to pursue, for whatever reason.
Lindsay
* She was super flirtatious and fun, perhaps a bit too sexual at times for this context being on camera 24-7.
* The best thing about her style is that she is exactly who she portrays herself as – a down-to-earth simple young girl who is looking for fun; whether she’s wife material is up for Sean to decide on the risks that come from her development in the next few years. 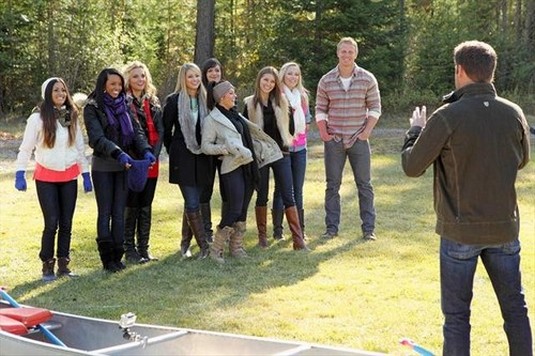 AshLee
* Revealing the fact she adored him is a true sign of how she’s fallen in love with him.
* By allowing Sean to blindfold her per her request, is a huge step for building trust yet it’s ultra intense for this context
* The fact that she’s ready for marriage is more than apparent, but that might work against her considering how he’s bombarded with women who play far too much.
* According to many studies on relationships, men are attracted to youth over anything else.  Part of this is due to visual beauty but a significant part is due to playfulness and going with the flow.
* She might be too controlling for Sean long-term but at least she’s awesome for owning her “stuff” and being upfront.
* She is in an awesome place in terms of surrendering which will lead her to a great man, whether its Sean or someone like him.
* If she the denial of her tendency to control existed she would likely fall into the pattern of dating men she would push around and spit out.
Desiree
* She told him she was confused but she trusted what they have.  This just shows how sensitive she really is. 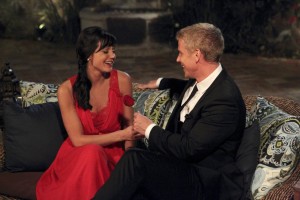 * It’s perfectly okay for her to question why he chooses Tierra yet he isn’t thrilled about her concern – his non-direct eye contact while attempting to reassure her shows his uncertainty for Desiree.
* She continues to show great affection for Sean in the simplest and easiest of ways.
* Multiple kisses before and during the repel down the mountain is a good sign that she’s super safe with him.
* Enduring the challenge with a smile showed him that she’s down for unusual fun.
* Challenging him to a tree climbing contest was the perfect way for him to show her he’s a man.  By inviting him into that experience, even thought she was confident that she could keep up, will keep his attention in a variety of experiences.
* By not over explaining her previous behavior from the week in Montana, she reassured him that her doubts were just temporary.  The fact that she didn’t need to talk incessantly about them means that she really is over them in our book.
* After he mentions that she might be so positive about life at the expense of her inner truth, she tunes in and says, “If you ever wanna know anything, let me know,” in a sweet and nurturing voice.  This allowed him the opportunity to go deeper with her and for her to finally open up.
* Opening up about her family being poor was a huge step.
What do you think about this week’s turning point?  Does Sean have his eyes on the right women?