This week’s episode broke records (Well…maybe just one: for the longest on-screen kiss!); but we personally think the bachelor, Sean, himself should be considered a ‘The Bachelor’ record breaker!  He continues to amaze our team of dating experts with his evolved nature: full attention, sincerity, spontaneity and class!  Sean even took on a date with three ladies that definitely got a little more serious than necessary on a triple third date…but he took it in stride.  We can’t hate him for that!  We can only hate some of the ridiculous things a few of these ladies try to do for attention.  😉 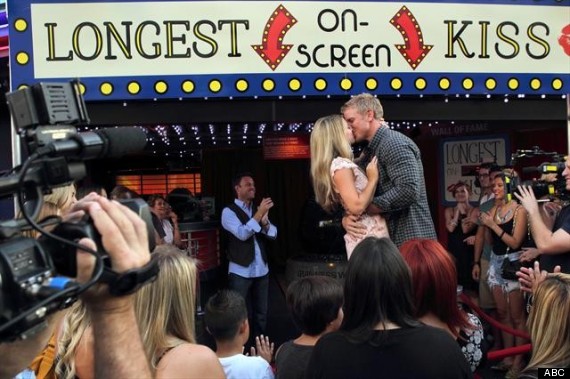 * Wonderfully dressed and the lace is classy hot.

* Nice use of hands as she takes the reigns. 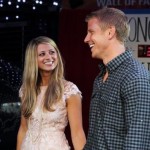 * The 3-minute kiss was pretty ordinary – not hot at all – kind of boring because they wanted to win it.

* Amazing ring highlights her connection to the feminine.

* Clearly she captures his attention and his eye contact is on her constantly.

* She struggles to look at him deeply, as if she’s not ready for a serious relationship. This could cause him to choose another person who is ready for his intensity but she still has time to open up from her deep emotional side.

* She’s nervous and skeptical about marriage.

* The fact that he says he’s “known her forever” is a huge compliment that will likely take her to the final stages of this journey.

* “You make me nervous” is a huge turn on for guys and I think it’s awesome to see her become more and more vulnerable each time.

* I give Sean props for calling her out for embarrassing him during the first impression with hiking the football, but he empowered her by asking her to take the power back from him after he regained control.

* In kissing him quickly, she showed she got the memo and moved in to take some control again, albeit per his request 😉

* Sean asks her, “Do you think you can have feelings in this setting?” which is the perfect question to ask her to find out on the spot.  She said “yes.”  He said he is which is also awesome to reassure her, regardless of whether or not she will.

* Sean again is the most evolved man I’ve seen on this show to date – his sincerity, full attention, appropriate spontaneity, classy gentlemanly ways, and honorable behavior is one of a kind. 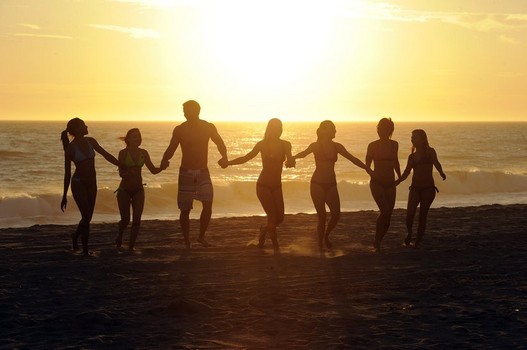 * Her necklace is intense but it rings true with her goofy self.

* Her reference to looking across the room and being connected was genuine and sincere, which matches exactly what he’s looking for.

* She continues to impress him with her sensitive side as you can see his perma-grins.

* Hand holding and deep kissing point to an awesome connection developing, but her initial impression will still linger until she proves it was a true aberration. She might not have enough time based on the lack of 1-on-1 time.

* Brought up an issue that other girls were being catty about and it backfired.

* This shifted her from “girl stuck in the friendzone” to “mediator”

* He nailed it by asking her, “Why involve yourself?”

* Good for him to see through her smoke screen to leverage the drama to earn trust.

* Painful to watch her become an informant rather than her radiant self.

* The second time she had a moment she quickly apologized before other girls interrupted her.

* Sean revealed that they took 2 steps back and it’s better to be real than to sugar coat it.  It’s not surprising she was respectfully dismissed.

* “Fell down the stairs” at the exact time Sean showed up to get more time. 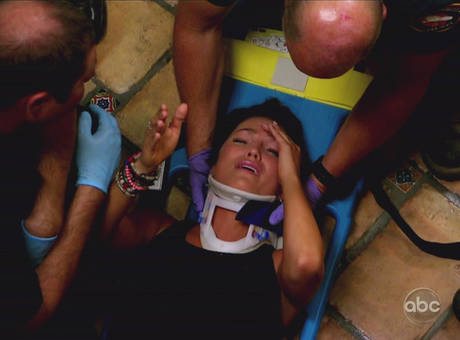 * It’s clear that she needs constant attention in this dating environment which speaks to high maintenance potentially in other areas in life.

* Given Sean’s high degree of maturity, unhealthy drama will not serve his long term love interest.

* This will keep him in the “Knight” archetype/role to save the “damsel in distress,” yet it shouldn’t be the focus for her. If she wants to earn a sincere man’s heart, it will be best done through natural unraveling of her heart.

* Sometimes we want things soooo bad that we’re willing to do anything and our inner child resurfaces to re-enact how we really want to be loved, then and now. ;-p

* He asks her to trust the process before the rose ceremony to get her to relax because he does have feelings for her.

* Monopolizing his time by interrupting a second time before the rose ceremony shows him her neediness and lack of social awareness, which ultimately cripples her chances.

* Her attitude is not going to jive with Sean’s attitude long-term, so it’s a matter of time before she gets exposed for her true colors.

* Her spirit is one of a kind.

* Her confidence is above and beyond as Sean pointed out.

* She relaxes into every moment as if its fresh and unique.

* Describing herself as “I’m fun!” is an epic, spontaneous response to his statement “I love your confidence.”

* Holding hands and playfulness are easy for them both.

* Difficult date to get romantic on since it was a group date with two other girls battling illnesses. 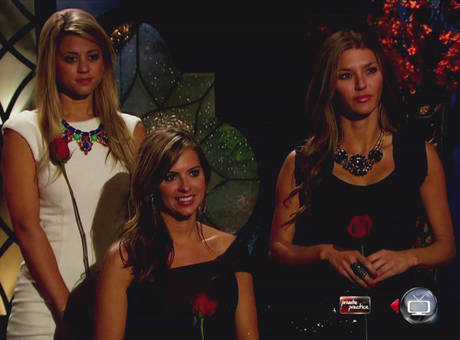 * Very serious talk about being abused.  It might have been too early to do so before first discovering sexual chemistry.

* The date reminds me of being a bit on the somber side – less the romantic.

* Awesome for her to open up about her dad, but it was surprising of her not to cry and get emotional.

* Sean is deeply emotionally aware and he teared up to show that he feels her journey.

* She comes across as wounded (which we all are to some degree) but more healing might be needed to meet Sean’s artistic state/lifestyle because he is not going to dwell on much.

* Will he get bored with her?  Is she playful enough?  Can she be goofy enough?  Those questions are in the back of his mind…

* Sean was ultra cool to give her a surprise companion for her journey in love.

* He is taking her serious and by bringing her every day friend into the experience, he’ll see if she opens up more.

Do you think are observations are on the money or way off the mark?  Let us know what you think…