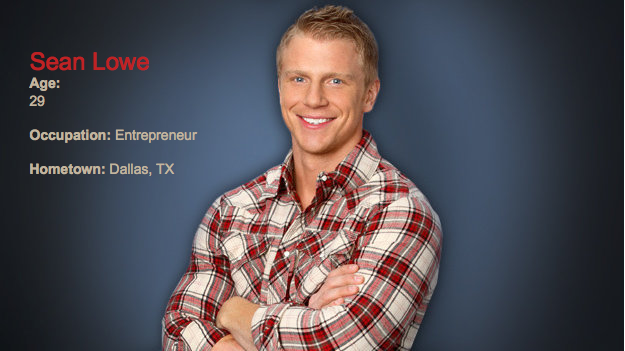 NOTE from The First 10 Minutes Team…

First of all let me say that it’s tough to approach a woman under any circumstance, let alone on national tv in front of the world after already knowing something about your date.  We’re here to provide observations to enhance awareness for all men to elevate them to appreciate connecting deeper with a woman.  We define masculinity similar to David Deida, in that it is the observer, the watcher, the unwavering consciousness that holds the space for the light and love of the feminine.  It isn’t simply strength, but more like the banks of a river holding its flow.  Our observations come from the heart and mind, not to poke fun but rather to draw awareness for the best way to connect.  Good luck, Sean… 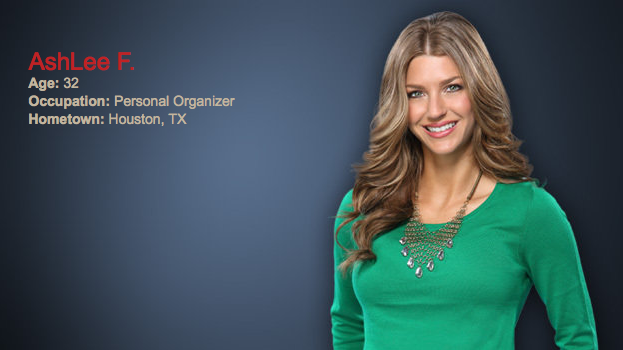 Ashlee F
Approach Performance: A-
*  Sexy outfit showing off back
*  Outstanding spontaneous punchy dialogue
*  Sincere hug instead of handshake
*  Gives great eye contact without overdoing it, looks away to show less awe
*  Smiles often
*  “How are you feeling?” was genuine, great eye contact, good touch
*  “Saved the best for last, not in this case.” was simply spontaneously rad all the way around
*  “You look handsome.  Don’t be nervous.  You’ll do great.” encouraged him nicely
*  “I’m really happy its you.” was slightly overkill

Jackie
Approach Performance: C-
*  Cute and feminine presence
*  Fairly genuine but ordinary “So nice to meet you”
*  Lipstick kiss a huge distraction and deflection from an initial connection
*  The kiss made him look less masculine which is a form of stealing his thunder
*  She basically was relying on her looks alone for her connection 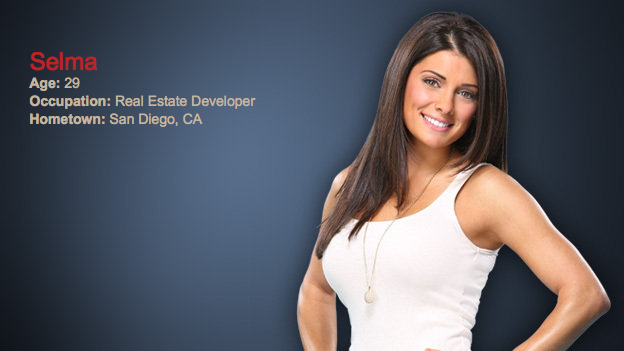 Selma
Approach Performance: B
*  “I’m just gonna help you out” remark is cool but likely instructed by the producers
*  No look back as she walked off.  No spark.
*  Played the “mother” archetype a bit, would have been more balanced if she played a bit more of the seductress
*  Moved real slow in her chat “Can’t begin to tell you how excited…”
*  Came across fairly mature but possibly too mature and serious 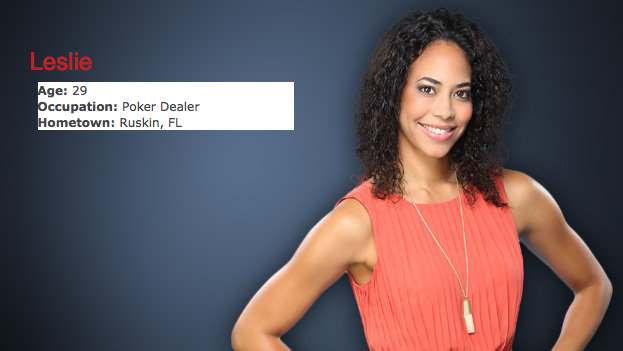 Leslie H
Approach Performance: D+
*  “I’m nervous.” is ordinary
*  A bit too much of a groupie, shocked and awed by his presence and looks
*  Calling him a “hunk” is cheesy and girl talk
*  Calling him “Mr. McSteamy” makes even a man wanna throw up in his mouth, let alone its flat out creepy
*  Interrupting him and forgetting to share his name
*  In their chats “I’ve been waiting all night…” shows she’s in love with him too fast (a masculine man like Sean would be more aroused by a bit of a chase) 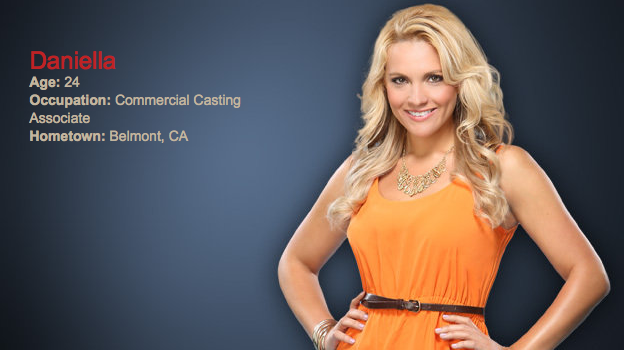 Daniella
Approach Performance: C-
*  Handshakes are for business, not love
*  Guy handshakes are for dudes only plus it was almost too rehearsed
*  “We’ll work on it.” showed he wasn’t impressed 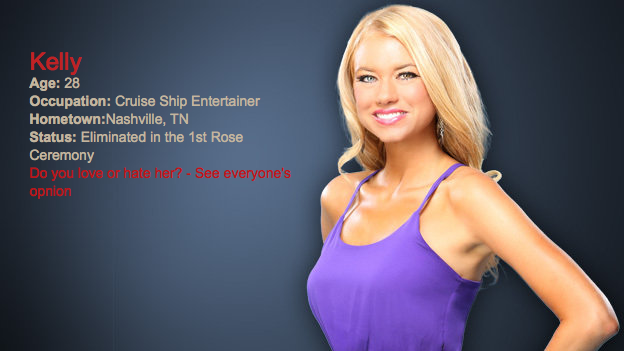 Kelly
Approach Performance: C+
*  Great head movement and body language
*  Great energy
*  Ballsy attempt to show off her great gift but trying too hard to impress him
*  It’s almost as if she didn’t realize she wasn’t on stage
*  Sweet but didn’t focus on the connection with him, rather aimed to draw attention to herself 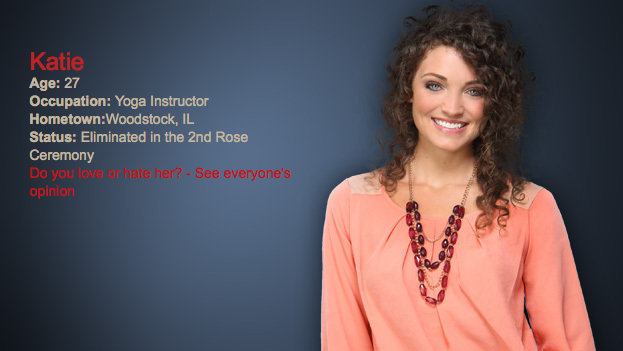 Katie
Approach Performance: B-
*  Hands grabbing which is awesome
*  “Can you teach me some yoga?” he asked.  She responed with “I’ll teach you some yoga right now.”  By teaching him yoga upfront, she’s stepping into her masculine and into her work self. That can usurp his power so she’ll have to be more coy to earn his masculine heart.
*  Wearing no shoes is a bit too extreme but that’s her truth so it’s eventually going to come out.
*  Great smiler and pink colored dress helped add to her femininity. 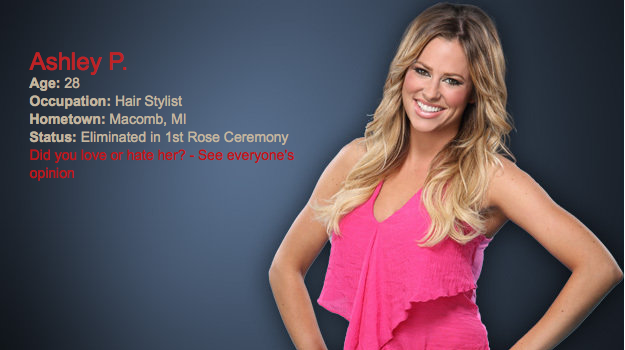 Ashley
Approach Performance: D
*  Elegant outfit
*  “Read any good books lately…I read 50 Shades of Grey” as an opener is steep to earn a man of Sean’s caliber.  Breaking out the tie was overkill.  Clearly she’s a showman and a creepy one at that given the context of being on camera and first meeting at that moment.
*  The story about calling her mother and declaring that he was hers added to the joke.  Odds are she was paid to that.  I doubt it was authentic, especially considering she slipped and fell and even danced for the girls.  Alcohol or not, she was there for a laugh, not love. 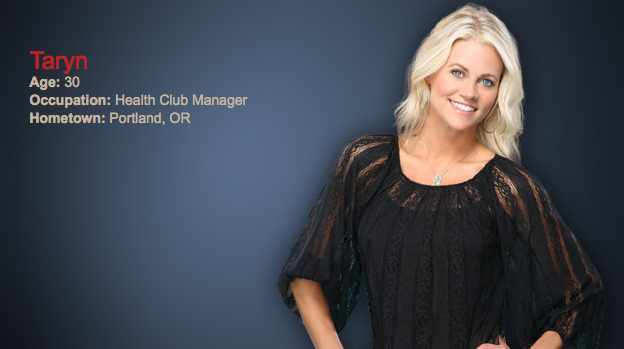 Taryn
Approach Performance: D+
*  “Can I get another hug…which way do I go…we’re going to have a lot of fun together.”
*  Highly awkward all the way around 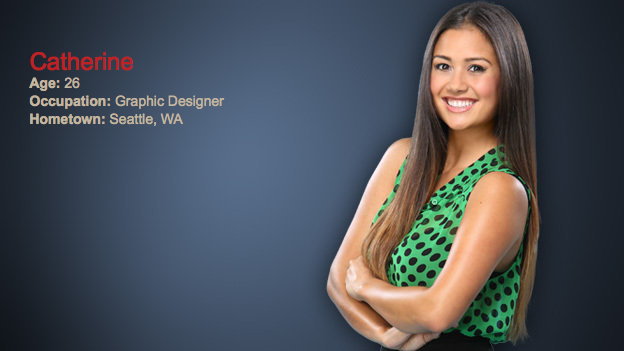 Catherine
Approach Performance: B-
*  Calling him a “hunk” shows infatuation which hurts her chances since he doesn’t have to earn it
*  “Find me for a dance” is a bit goofy but unique
*  Awesome feminine body language by using her shoulders 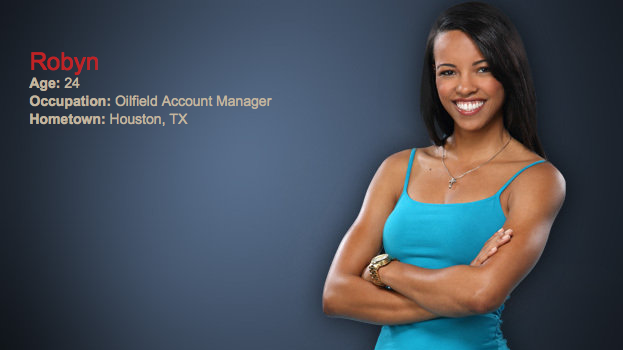 Robyn
Approach Performance: B
*  Highly nervous after her flips
*  Brave of her to share something unique when first saying hello but it’s a distraction
*  “So embarrassing” referencing her fall was perfect to show she’s human
*  “I’m so graceful.  I can’t help it.” was even more spontaneous and genuine which showed him he can mess up and still feel safe. 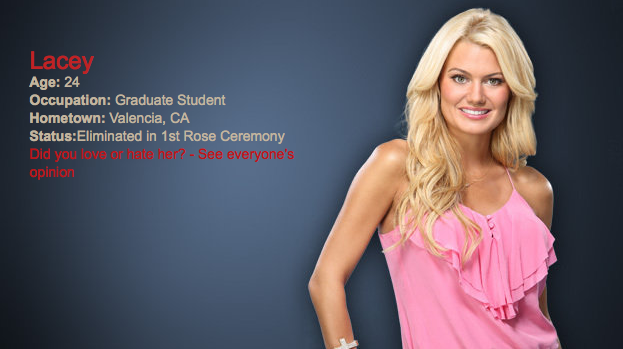 Lacey
Approach Performance: D
*  “I was on Bachelor Pad” as an opener was awful.  Immediately starting with that statement shows him that being on TV is important.  Had she waited a bit longer, it would have been easier for him to digest.
*  “I’m going to walk from Minnesota to California…” was a bit intense as well.  Highly needy.
*  Eye contact was all over the place shows a lack of trusting in her depth of connection
*  “Good luck…I’ll need it…..you’ll be fine.” came across as a disagreement or slightly uncouth.
*  Asking tons of questions about the rose ceremony was also a sign that she just wanted a rose and not his heart. 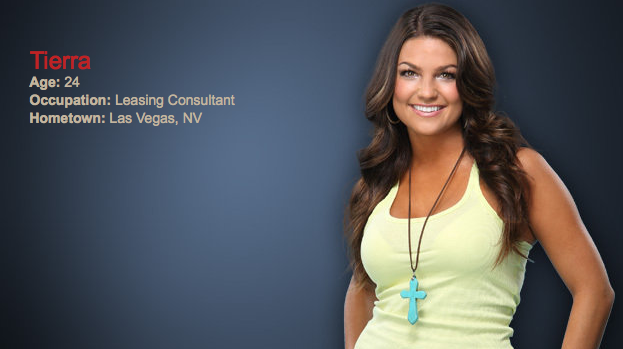 Tierra
Approach Performance: A
*  “Hi Sean.  How are you? I’m glad it’s you.”  She spoke to him as if she’s know him for years. Awesome.
*  She spoke slow and with a glow.  Using her hands and drawing attention to her finger was adorable.
*  By keeping it short and sweet and relying on eye contact, it showed him that she could fall in love with him.
*  By not complimenting him on his looks, she stood out.
*  Smiling like crazy.  Deep looks.  Gearing up for a kiss.  Each of these made a huge impression notwithstanding how stunning she looked in her outfit with feminine body language.

Amanda
Approach Performance: A-
*  By speaking to him slowly, “Nice to meet you” shows how secure she is inside.
*  Grabbing his hands instantly was attractive.
*  The awkward moment test was ultra clever, highly unique and turned out to be endearing.
*  Huge smiles make her even more feminine and adorable.
*  Comes across as classy and genuine too, not overdoing it.
*  Great playfulness and spirit
*  Her head tilts and head shakes and shoulder lifts drive men crazy. 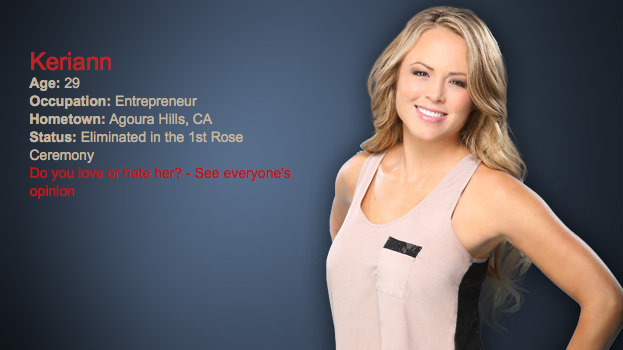 Keriann
Approach Performance: D
*  “I drove 2k miles for you so I hope the adventure continues with us…” as an opener is almost an ultimatum.  Highly undesirable for the first exchange.
*  Great hugger.  Great last look.
*  It’s hard not to cringe watching her try to manipulate him into choosing her by stating how her journey is harder than anyone elses. 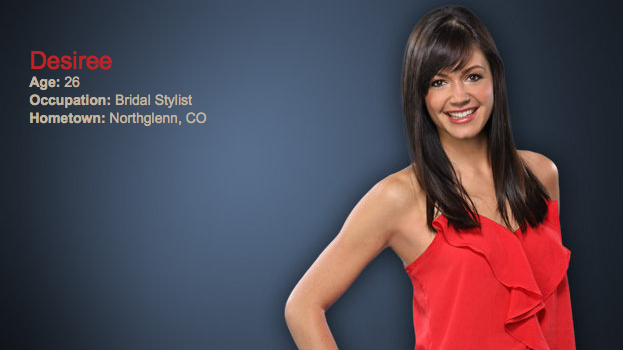 Desiree
Approach Performance: B+
*  “You look so good tonight.” came across as sincere.
*  Great spirits.  Cute hair. Sharply red dressed.  Casual walk.  All exuded a sexy confidence.
*  “Call me Dez” was also sweet.
*  Taking charge and walking him to the fountain was a good display of masculine energy as it wasn’t intense.  Showing that she can live deeply in her feminine and take the lead at times is impressive.  Her challenge might be relying on her masculine side too often.
*  “I can throw a football…” is a bit tomboyish but that might be comfortable for him given her looks and sweetness. 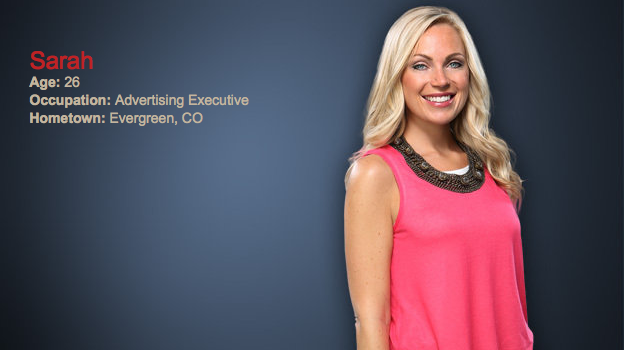 Sarah
Approach Performance: C+
*  “I’m curious.  Is this the way you always envisioned falling in love,” was kinda sarcastic in a way.  She comes across as slightly jaded by love.  The delivery was slow but kinda rehearsed.
*  He cuts it short since he’s uncomfortable in a way.
*  “I’m just a Colorado girl.” was kinda ordinary.
*  Seems to come across as plain jane and talks up her dog.
*  Lacks a bit of femininity other than her physical radiance.
*  Smart of her to talk about her arm one on one.  She was very mature and secure. 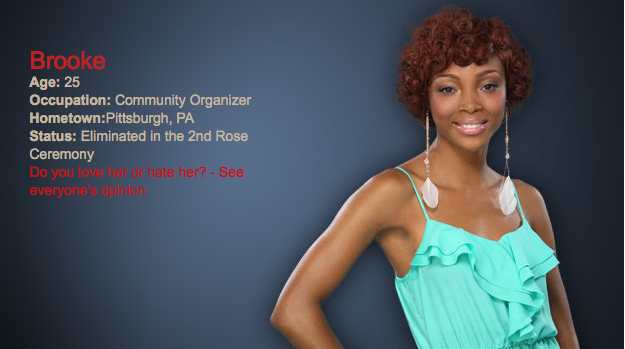 Brooke
Approach Performance: C-
*  Almost tried to kiss him straight away which can be a bit much for his conservative nature
*  Seductive energy is a bit much for the first 30 seconds on camera.
*  Elegant outfit.  Great color for her hair.
*  “You look handsome.  You ready for this wild adventure and journey.” is consistent with her intense sexual energy which can turn men off if it comes too easily. 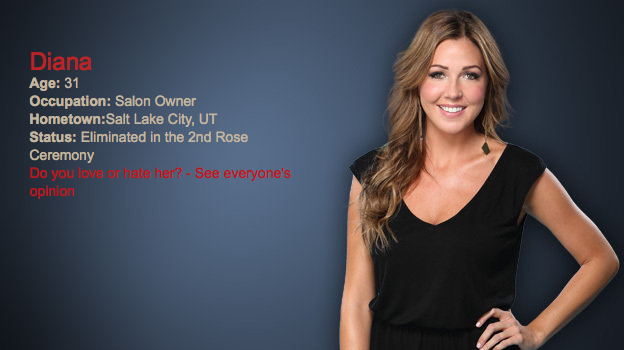 Diana
Approach Performance: C
*  Great hug
*  Cute of her to say “let’s call it a night.”
*  Jokes about wanting to go right away which was overkill, semi-obsessive.
*  “…look like Ken.”  makes him feel like he’s on a pedestal which diminishes her value.
*  Too intense for a conservatively minded man, especially on camera. 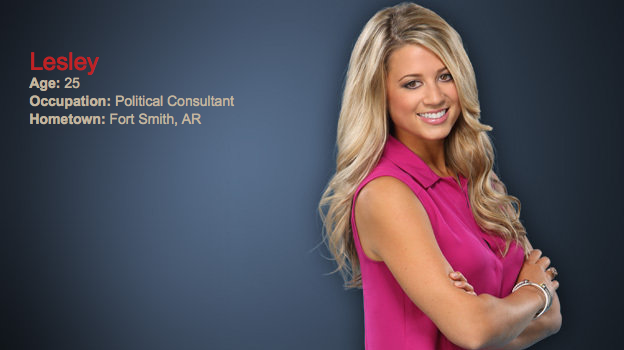 Leslie M
Approach Performance: C+
*  Holding the football and asking him to bend over was silly and highly emasculating.  Will she boss him around and withhold things if she doesn’t get her way?  Hard to read if she’s comfortable letting him take the drivers seat which might become an issue later.
*  Good hugger
*  Stunning presence
*  Cute and clever outfit
*  Notice how she backs away and he pulls her close.  Sean likes that she’s kinda hard to get. 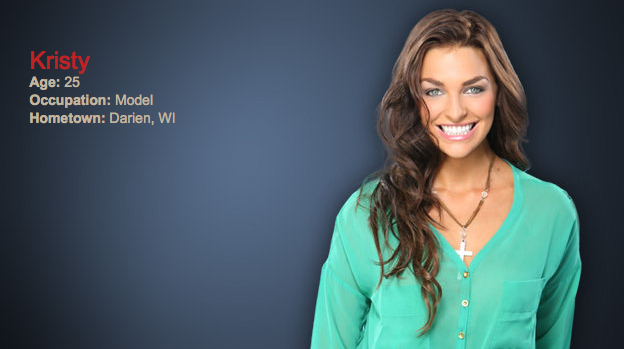 Kristy
Approach Performance: C
*  “Best from the midwest” came across as a bit superficial.
*  One arm hug shows she’s not ready to get vulnerable in some ways.
*  Kinda nervous and ended the exchange too quick to allow for a richer connection
*  Relying a bit too much on her looks and not on much substance based on what we saw 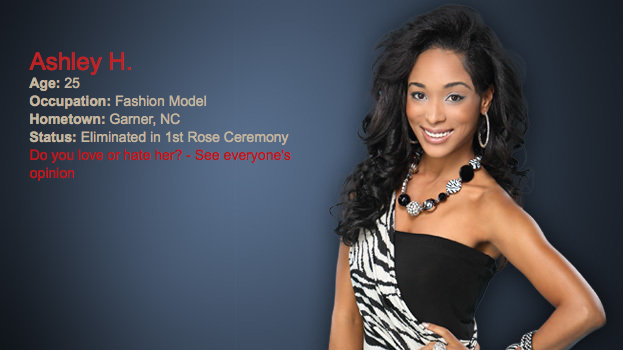 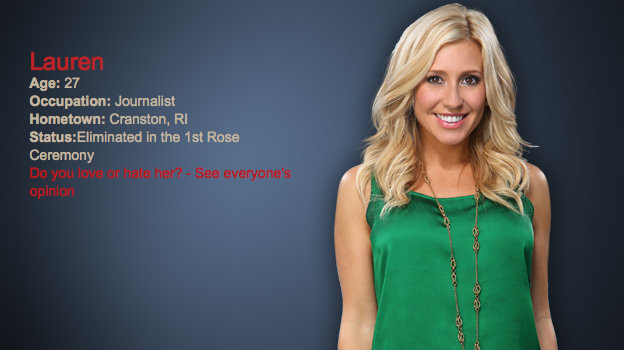 Lauren
Approach Performance: C-
*  Amazing feminine energy.  Highly stunning and radiant in her body.
*  Great eye contact.
*  By stating “If you break my heart, my dad will break your legs.” she killed her chances of making a connection.  It’s too intense and socially awkward since he wants to be the man.  It came across as a barrier.
*  Odds are she scared him away. 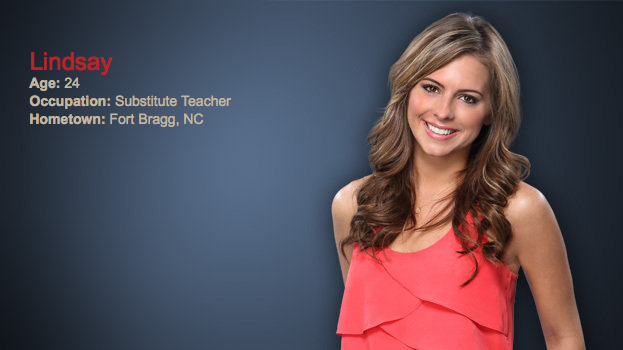 Lindsay
Approach Performance: D+
*  Wearing a wedding gown was a bold and ridiculous move.  Since she was super silly, the impression came across as sincerely silly.  But is she crazy I’m sure crossed his mind.
*  The fact that she tried to kiss him straight away is also risky and over the top.  Since she’s a prankster type, he’s attracted.  Is she classy enough for him?
*  She seemed overly tipsy which didn’t help her cause but did give her an excuse.
*  “I’ve got balls.” shows she likes to wear the pants.
*  Since Sean is a highly masculine male, I anticipate power struggles unless she can follow his lead.

Kacie
Approach Performance: B+
*  “Surprise” and laughing was a great opening.  Smiling as much as she does makes her highly feminine and radiant, full of light.
*  “I know I don’t deserve a 2nd chance.” was a bit self-deprecating.
*  “I’m so glad you’re happy.”
*  She was a bit pushy due to nervous energy after getting out of the limo but that’s understandable.
*  “Going into the Lion’s Den” remark was cute and spontaneous.  Ultra attractive.
*  Her awesome outfit showing her body illustrated how confident she is in her femininity
*  Super authentic exchange which is expected since they know each other.
*  Her quick responses were also extra spontaneous and magnetic.

Great job ladies for taking the risk to be on the show and to put yourself out there in the name of love!