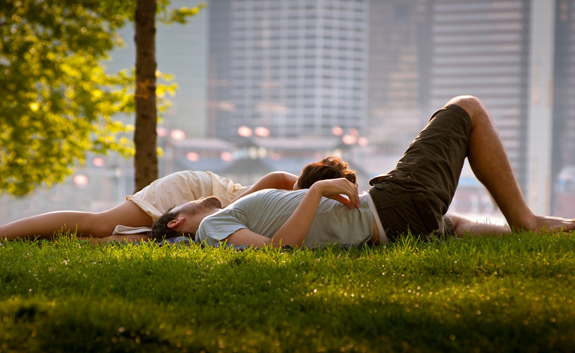 We crossed paths in a large park during the late afternoon on a Friday. I had skipped out of work early and suddenly a guy in workout gear appears with some fruit in his hand. He pulled it out of his backpack and asked if he could join me before he goes for a run. Turns out we both were in hot water at work, seeking some kinda rush by dodging work. The more he laughed the more I laughed. One thing led to another and we were kissing within an hour of knowing each other. Let’s just say that I watched him run off in the distance for a while. We did go out again and I made sure to sweat this time too 😉