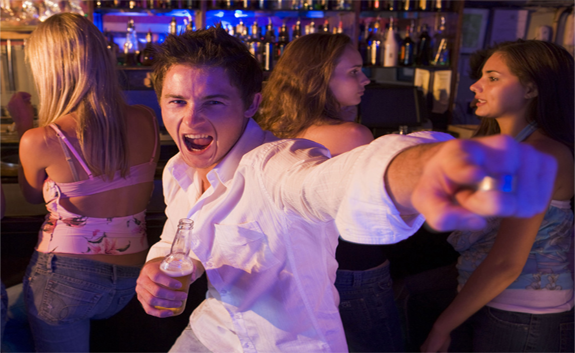 After going on a first date with this guy, he invited me to meet up with him and his coworkers at happy hour. When I arrived, they had already been drinking for a while and continued to order shots. Soon he was wasted and slurring his words to tell me how pretty I was and how much he liked me, which was awkward enough for a second date, but I decided to stick it out. Minutes later, while I was talking to his friend a few feet away, he was holding onto some random girl by the elbows inches away from her face and obviously flirting with her. That was the point where I decided to say goodbye to his friends, got my jacket and left. He even had the nerve to ask me on another date a week later!