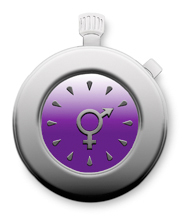 By: Jessica and the First 10 Minutes Team

Let’s begin by defining what forgiveness is.  According to Webster’s, it’s defined as:  to pardon or cease to feel resentment against (a person).  It doesn’t mean that you agree with the way things went, but rather, you cease to harbor negative emotions about a person or circumstances.  If I see one hang up the most in my counseling of human beings, it’s a lack of forgiveness.  Many confuse it with being passive and weak and that doing so would give the other person the notion that you found their behavior acceptable.  When you hold onto the past, you’re actually giving the other person more power and influence than you think.  You are actively consenting for this person’s past behavior to impact you today.  You may think that you’re punishing them by retaining the angst, when in actuality, you’re reaping the negative consequences of holding onto anger, resentment and sadness.  You are living and breathing these emotions daily and letting it go means that you’ll have room to welcome new circumstances, patterns and relationships.

Perhaps looking at the situation from a neutral stance can be helpful if the act of forgiveness seems too much right now.  Consider what it would be like not to feel one thing or another, but impartial to this person or situation.  This frees up your psychological and emotional hard drive to make room for new data.  In time, taking this middle-of-the-road stance will allow you to be in a position to entertain the thought of forgiveness and truly moving forward with your life.

In the meantime, become aware of the times when your emotions from the past begin to consume you.  Identify where in your body you first feel these sensations (for many, it’s tightness in the chest, head pressure or heat all over) and take a moment to breathe deeply.  You can’t be both calm and upset at the same time.  Notice how taking 5 minutes of deep breaths can clear your thinking and give you insight about the situation.  There are biological reasons for this; when you become upset, blood rushes to the emotional centers of the brain and away from the logical and rational areas.  Your body and mind doesn’t know the difference between whether you are really experiencing something upsetting or you’re simply thinking of it.  The response is the same and that’s why you feel so overwhelmed and as if the situation were occurring right now.  Deep breathing allows for regular blood circulation and the enhanced ability to think more clearly and rationally about the circumstances.

Next, ask yourself if there is anything you can do right now to improve the situation you’re concerned about.  If you can identify something that is in your best interest (i.e. nothing that is based on revenge or impulse), then take steps to make those changes as soon as possible.  If what’s upsetting you is outside of your control (as most things are), then recognize that you need to shift your thinking and perception of the situation if you want some relief.  Identify it as something from your past and say to yourself, “It was what it was, I let it go.”  Recite this to yourself as often as you need in the midst of feeling upset and overwhelmed.

Other times, someone (like a new woman) may tell you that you’re reacting based on the past and your baggage.  This is an opportunity to look for ways to improve your game, especially if this is the kind of feedback you’ve received from more than one person.  Stay calm and try not to become defensive.  Defensiveness usually means that there may be some merit to what the other person is saying and you’re attempting to fend off a possible negative view of you.  Listen to what the other person is saying without trying to rationalize your stance.  Attempt to look at this with neutrality again and see if you responded in a harsh or negative way.

Ask yourself these questions:

*Was there better way you could’ve handled the situation?
*Even if you feel that your anger/ resentment/ jealousy were justified, could you have expressed your feelings more constructively?
*Was your response appropriate given the facts of this event only, or was it because you let it build up and then explode?

Once you determine what part of the issue is yours (by the way, at least a sliver of it is yours, even if you rolled your eyes or gave attitude), take responsibility for that portion, both internally and to the other person.  This will deflate the argument and leaves room for you to improve.  Look at this like a rejected sales call.  If salesmen gave up each time their offers were not taken, no one would ever try again.  Instead, see this as a big game and lesson for you to enhance your pitch.  It’s all good information for you to gather for the next go around.  Remember that none of this is that serious, you are learning and be a bit forgiving with yourself, ok?